Art for an audience that rarely meets art 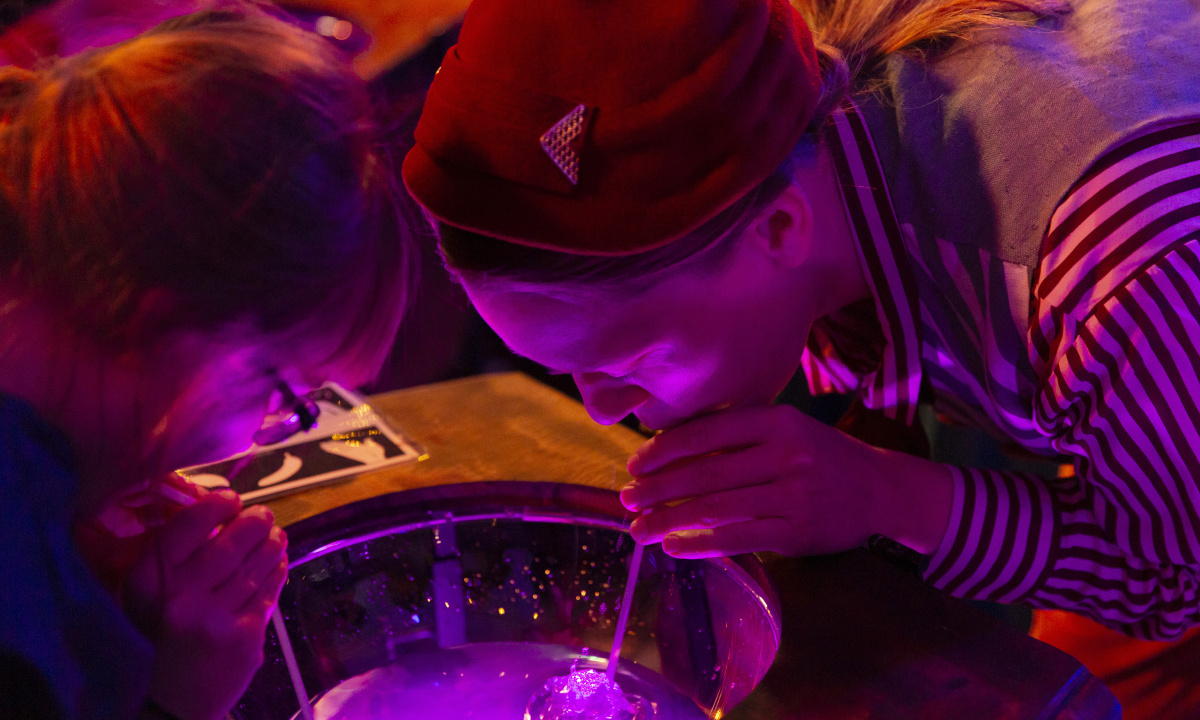 Experiencing different types of art is a human need. For children and young people with intellectual disabilities, this is far from their reality. Focusing on sensory methods, the cultural project Scen:se is therefore creating valuable productions exclusively for this particular target group. These are plays and exhibitions where the audience are involved on their own terms, both on stage and off.

“Creating accessible culture is not just about having wheelchair ramps and hearing loops. It’s all about meeting and engaging, in way that the audience is comfortable with. As far as children and young people with autism or other disabilities are concerned, it’s extra important to create settings in which the audience feel comfortable. Being visited by someone from the theatre or seeing pictures of actors and stage settings before going to the actual performance are important parts of the concept,” says Anna Thelin, producer at Folkteatern Gävleborg, one of the collaborators in Scen:se.

The goal of the three-year Scen:se project is to boost and promote culture for young people with neurodiverse disabilities. Anna Thelin describes the provision of such culture in Sweden as extremely limited in comparison with other countries. She therefore challenges everyone working in state-funded cultural institutions to shoulder their responsibility to produce culture for this target group too.

“It’s part of our job, to create culture for everyone. As regards what is on offer for special-needs schools, aesthetic activities particularly directed at these children are not available to the extent we would like. Music and dance are offered to a certain extent but, as far as theatre is concerned, there’s practically nothing. Seeing a performance, or actually taking on a role, is a fantastic tool for training feelings. Drama can create so much curiosity. For a target group that is often quite introvert, theatre experiences add valuable elements to their emotional life,” explains Anna Thelin.

The audience is the most important element in all theatrical art
Eva von Hofsten, initiator of and project leader for Scen:se, also emphasizes that art and culture enrich their audiences by way of new emotions and atmospheres. Within the framework of its mission, Scen:se have produced two plays and an exhibition, all of which have toured in Sweden. The performances have been created by artistic teams from England; The Beach is produced by Tim Webb, and Shakespeare’s Heartbeat by Kelly Hunter. Both these producers have long experience of working with this target group, and the productions are full-scale, with high levels of ambition and quality.

“Children and young people with severe disabilities too often see productions, or go to exhibitions, that are neither appropriate nor accessible. For example, they are frequently offered productions for very young children. The key to success is for this target group to be offered art that has been created specifically for them, on their own terms. The audience is the most important element in all theatrical art, and even more so in this area. This audience often doesn’t know what a theatre is and can’t put the concept into any context. To achieve successful communication and a high-quality artistic experience, the director and ensemble must, right from the start, create theatrical art where the audience is key,” says Eva von Hofsten.

During this year’s Bibu, under the theme FUNKTION, much focus will be placed on theatrical art for audiences with neurodiverse disabilities. A number of seminars will be organized and, in addition to The Beach andShakespeare’s Heartbeat from Scen:se, there are many other productions in the programme.

“After three years with Scen:se, we can see fantastic drive and ambition, with considerable interest in creating more, as well as better, art for this target group. Audiences, actors, technicians, pedagogues and musicians – everyone emphasizes how the productions have enriched them in different ways. And that has given us the appetite for more,” says Eva von Hofsten.

About Scen:se
An arts and culture project that creates opportunities for children and young people with complex neurodiverse disabilities. The project covers the period 2107-2020 and is a collaboration between Hudiksvall municipality, the Glada Hudik Theatre’s supporter club, Folkteatern Gävleborg, Riksteatern Barn & Unga, Region Gävleborg and Hälsingland Museum. The project assignment includes production of two touring theatrical performances, an exhibition and a pedagogic, methodological element. Also included is an ongoing mission to widen the cultural scope in Sweden and to involve the target group in the cultural world.

The theme FUNKTION during Bibu 2020 is a collaboration between Bibu, Scen:se and Folkteatern Gävleborg. It is made possible with fundings from the Swedish Arts Council and Signatur Foundation Sweden.

Here you can find the program for FUNKTION